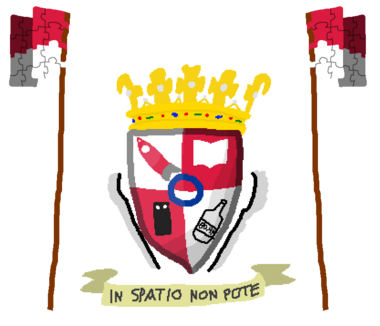 Here, you can learn some about Polandball Wiki!

Before you start making of a new page, make sure the page doesn't already exist and the character is allowed in Polandball universe.

Polandball is an internet meme originated on Krautchan by the user FALCO to troll the Polish user Wojak for his far-from-good English. After that, the meme spread over Krautchan to later get into the three main Polandball communities, Reddit Polandball, Facebook Polandball and our Wiki.

The countryballs are a geographical entity (country, city, region, organization...) or a certain population (i.e.: Kurds, Assyrians, ...) that are portrayed by their flag in a circle shape with the littler circles inside, the eyes. The shape isn't always a ball:

Ancient civilizations that never had a vexillum for obvious reasons can be represented by certain pool balls (sometimes with the number modified). The most used is 8ball, that represents Negroids.

Planetballs is a sub-meme where the balls represent the planets and the other celestial bodies more than the countries (that are still allowed). The planetballs are drawn like the celestial body with two eyes added. The most used Planetball is Earthball.

Beside Facebook Polandball allows everything, our wiki doesn't allow the use of circle tool (and other tools) and copy-pasting elements from flags (shields, animals,...).

What pages you can do on Wiki

What pages you have to NOT create on Wiki

All this should be allowed by an admin before. If you want to request something and you aren't sure it's allowed, ask an admin

Polandball Wiki isn't made just of English language. There are also other languages' wikis where you can contribute into your native language.

Retrieved from "https://www.polandballwiki.com/w/index.php?title=Polandball_Wiki:Polandball_University&oldid=122"
Categories:
Cookies help us deliver our services. By using our services, you agree to our use of cookies.